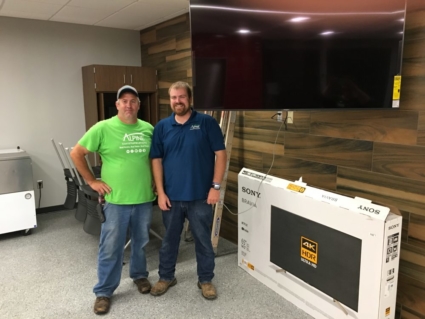 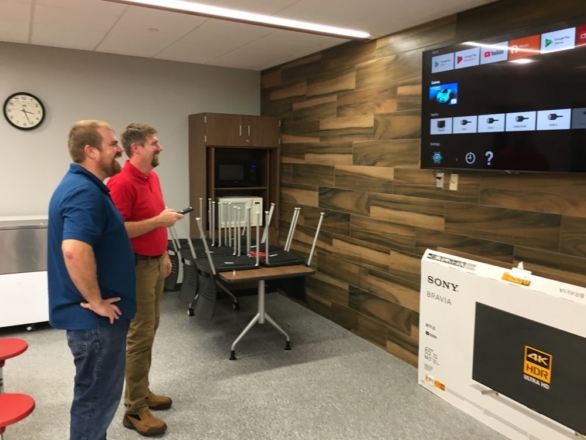 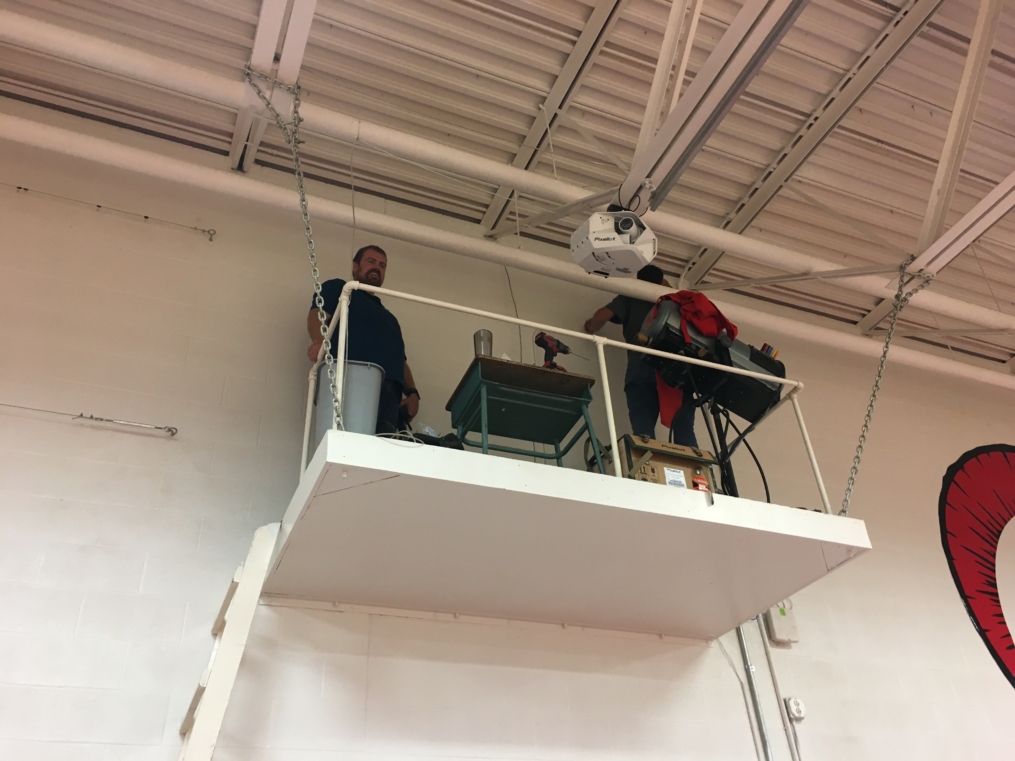 Have you ever stepped away from a game to grab a bag of popcorn, only to hear cheering and find out that you missed the best play of the game? A local school district’s leadership team made a fast-break to prevent this frustrating occurrence from happening at their new concession stand.

As part of its $7 million Central Community School District in Elkader, Iowa, superintendent Nick Trenkamp set out to solve a pesky problem. Fans working or waiting in the new concession stand were unable to view the game in the gym due to the relocation of the stand into the lunchroom/commons area. Knowing Alpine Communications provides surveillance cameras and custom video solutions, Central Community Schools contacted Alpine for expertise to help these dedicated fans.

The first step was to find a camera solution. As with most gymnasiums, the lighting is poor, the angles are difficult to capture with a standard camera, and schools need a set-it-and-forget-it camera so they don’t have to rely on students or volunteers to operate the equipment during the games.  This was a big challenge, but with persistence and the recommendation of other school districts in Iowa, Central Community Schools purchased a Pixellot camera from NFHS Networks.

Nick Trenkamp described why he turned to Alpine for help. “We partner with Alpine for internet solutions, capacity, and school technology.  Because of this great partnership, I contacted Alpine to help us find a solution with our new concession area unable to see games.  Mrs. Hertrampf not only researched solutions, she contacted other schools with a similar problem and arranged a meeting with Pixellot reps and our tech team.  With the amount of information Alpine was able to provide us, our decision was easy, ” said Trenkamp.

Alpine Communications played an important role in the installation of the Pixellot camera. Kelly Blockhus, Alpine’s registered security installer along with Josh Funk installed the camera within a few hours.

Central’s camera delivers panoramic, live action video production without the need of staff or students. Since the video is streamed live via the internet, fans at the concession stand can watch the game with only a slight delay. For Central fans who are unable it to attend every home game, the new camera system streams games live with audio and scoring through the NFHS Network website and app. It also delivers on-demand replay of Warrior athletics. There is a nominal fee for either a monthly, seasonal, or yearly pass and part of the proceeds from the subscriptions are shared with Central Community Schools.

The next step was to install an HDTV near the concession stand on which the games will be live-streamed for fans working and waiting there.  Sara Hertrampf, Alpine’s sales and marketing manager, assisted Central with choosing an HDTV for the media center in the past.  Based on their needs, Sara recommended a 55” Sony 4K LED smart TV which would give them the ability to view the NFHS Network through an app on their 4th generation Apple TV.  Alpine’s Josh Funk and Darrin Smith placed the new TV on an articulating mount, which enabled viewing of the TV from the commons area, too.

It’s exciting for Central Community School District and the families they serve to experience the facility renovations and technology upgrades throughout the school.  Alpine Communications appreciated the opportunity to help Central integrate technology into the new space, but also extend their reach to Warrior fans that are not able to make it to wrestling meets, volleyball matches, and basketball games.

Alpine Communications lives by the standard of helping the customers and communities they serve to connect the way they want to. The integration of the new camera system enables Central’s athletics program to serve and connect with their fans beyond the four walls of the gym.

Alpine Communications can solve many communication or technology problems, even ones like the concession stand dilemma at Central. Do you represent an organization that has a frustrating tech problem? We’d love to hear from you and lend our expertise. Call 563-245-4000.